Not too long ago, I decided I had enough with the original steering wheel… So I checked my options and my first question was: What can I fit? An OEM Audi steering from another model? Mono? (The name came back from my young tuning days…) Any other manufacturers out there? One thing was for sure, I wanted an air bag & safety on my side.

After a lot of searching on many TT forums, I found out that it is possible to replace the OEM by many other wheels, but it comes at a price and needs technical skills. Not too hard, but definitively not a plug and play. That’s why I don’t see many out there I thought.

But hey, my mind was set and I had decided to change it. So I looked at what others had installed and none fit my taste aside from Nexon models. So I wrote to Izzy (Nexon Motors @ Facebook) and he confirmed he already had one customer installing a custom wheel in his TT. What? Who? Do you have a name I asked him? “Steve / V6RUL” answered! Really? Anyone who follows ttforum.uk has read one of Steve’s posts. So I wrote to Steve who sent me a few pics and confirmed Nexon was worthy of my trust.

A few days later, I confirmed to Izzy I had found the model that I wanted and gave him a 25% deposit. And then I waited, waited and… waited. I wrote to Izzy a couple of times and was told the wheel was being made. A few days later, he sent me pics and two weeks later… ding-doongg! The bell rung and Brown was here with a delivery from half way around the globe.

The next step was installation… Not sure exactly how I would do this, I searched the web and found a way, some pics here and there but no real tutorial. “Let’s make one” I thought. So this is it! I am using pics from several websites + my own. Oh and BTW, no the radio buttons won’t work. I’ve had this question many times. There is a way and I will explore it later. (The OEM MK1 radio is very simple and does not require CANBUS, unlike the MK2)

Remove the + connector from the car battery. Take off the old steering wheel.

Cut the yellow plug off the MK1 airbag loom

As you look at the yellow MK1 plug, the colours are as follows

Next cut the plug off the MK2 loom and separate the unused part of the loom for the black plug. 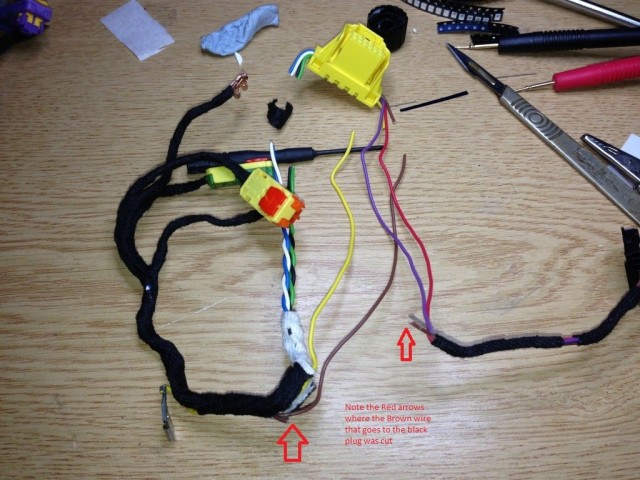 Individually insulate both the blue and white as you don’t want to accidentally trigger that stage!!!!

I wound the protective cloth back onto the loom to keep everything tidy. Also, make sure you dress the loom back into the retainers on the back of the airbag as if its not tidy, it will foul as you try to mount the bag in the wheel.

DSG Paddles. Made a loom adapter today and removed the canbus logic for the DSG paddles.

Thats just the DSG paddles. In the MKi wheel there are 3 wires.

In the MK2 wheel, there is canbus logic on the board under the right coverplate as the MK2 TT uses a single wire canbus connection to the DSG. On the MK1 the logic is external to the wheel and so uses the discrete button presses. I’ve just removed the canbus PCB and connected the wiring to work like the original switches. Of the 3 pin connections to the paddles. the middle pin is the common. then I just used a meter to work out which was the correct one for the switchline.

The horn is just another switch that is part of the original wheel loom, I just extended the wire as required. 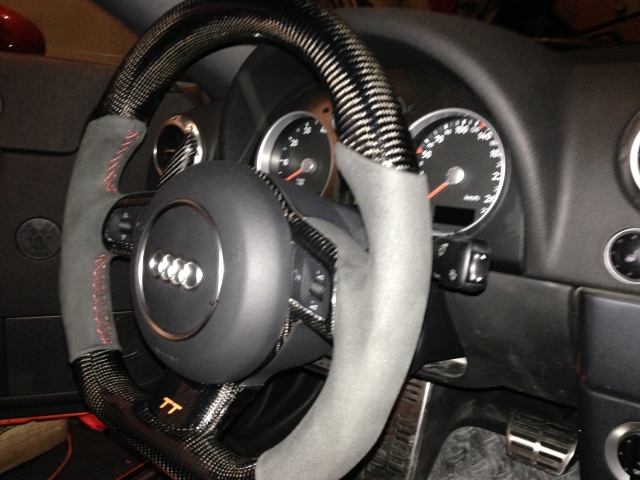 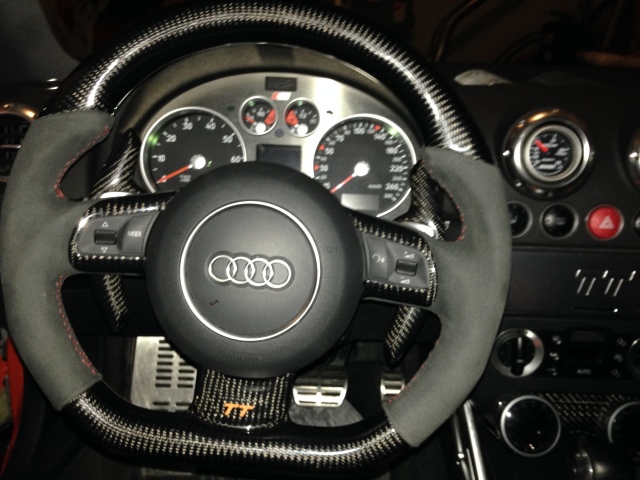 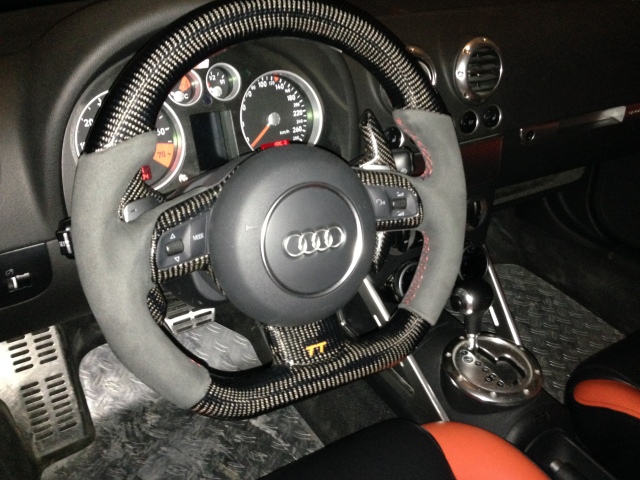 I started this blog just recently because I have so much fun modifying my MK1 TT... that I need to let the world know! And it's also a good reference when looking back at my mods. Ciao for now! Andre
View all posts by andre-martin hobbs →
This entry was posted in My Audi TT RS Project and tagged Nexon Motors, Steering Wheel. Bookmark the permalink.