Yep. It’s time to think about storing the TT again. 2017 is almost over, with just 1000 kilometers more than last year. I havent had much time to ride it

So I’m making every minute count and shot these pics earlier this morning. I’ll have something to look at in the next long Canadian winter months. 🙂 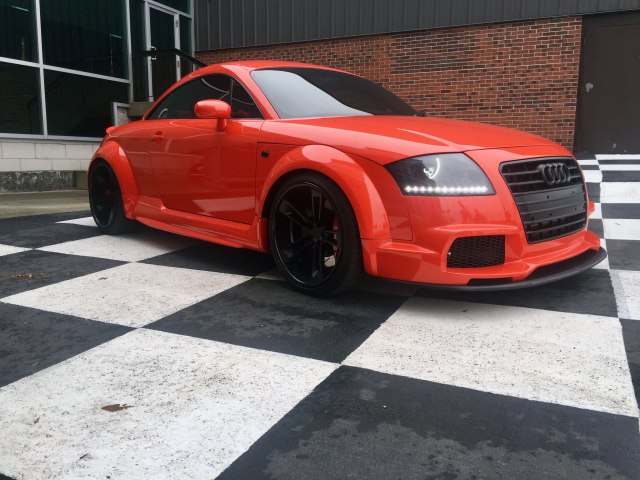 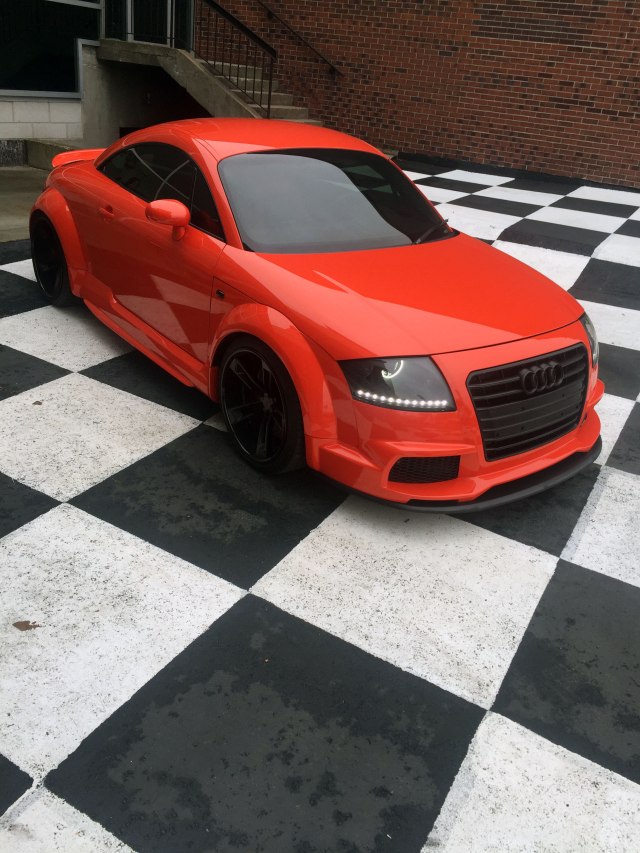 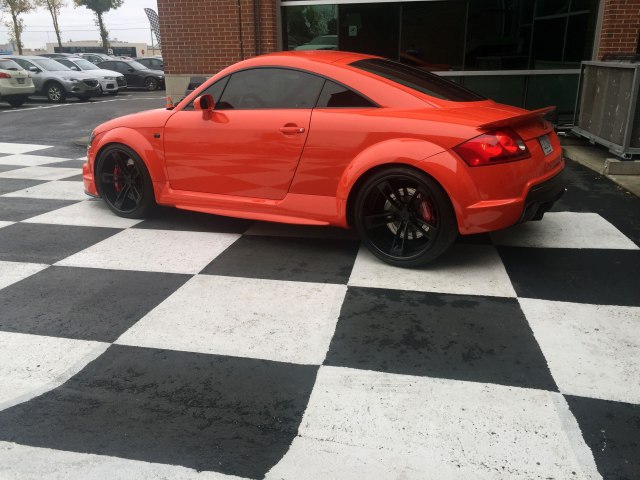 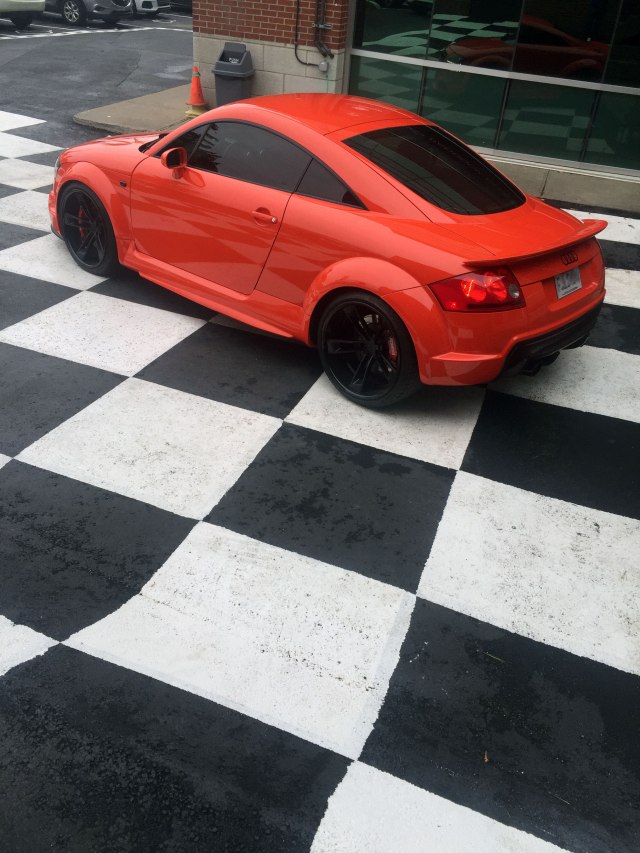 Yes, my beloved is 12 years old now! But I’m still working at it to make it better, this year again. Although some of you probably think I’m destroying an already perfect car (which is true) my goal is to make it mine, a reflection of my taste and… of the $ I’m ready to throw at it 🙂

My point: It’s mine and everything I do to it is well thought and will always be a work in progress. I don’t mind opinions, so feel free to give yours below this article.

So 2017 brings a lot of fun! 1. The completion of my 1 year Land Rover Defender rebuild which is due in June (haven’t blogged on it yet, but just think LS3 and much more…) and 2. More stuff on the TT. By stuff i mean a cluster repair, dial fascia replacement, double din radio install, full speaker replacement and addition of a subwoofer.

So here are a few pics of where I’m at! Enjoy.

Before the LCD replacement

I ordered both options!

Make sure you order the right LCD screen (center or offset)

New white fascia. If you wish to do the same, make sure the new fascia has the same speed pattern…

Sound system (the Bose original equipment is not bad at all. But if, like me, you appreciate ‘very’ good sound quality in your car, it’s just not enough, and I’m not talking boom boxes)

What does it feel like to drive an F1?

Posted on February 5, 2017 by andre-martin hobbs

Here’s a new line I can cross of my bucket list:

I’ve been asked so many questions that I assembled this short video for my friends and family. Thought I’d share it with you guys.
The one question that was on everyone’s lips was: “How does it feel?”. Kinda obvious answer usually follows… It’s A-W-E-S-O-M-E!!! – Look at my smile at the end of the video! lol

But shhhh I’ll tell you the thruth…

I’ve driven really fast cars both on and off track in my 40+ years on this planet. F3, F2000, F1600, supercars, my TT :), etc. So I was expecting to get my a** kicked and get a headache from the G forces, but in reality, it was… OK.
Yeah, I know. Disappointing isn’t it?
Don’t get me wrong, I loved, I mean l-o-v-e-d every second on track. But I was expecting WAY more engine power. Braking was brutal, but nothing like I had never seen. It’s just very fast and ultra lightweight. I didn’t have to fight it, it drove nicely without me having to compute with both managing the track and the car. I was able to concentrate on the track and focus on my technique.

My brother in law’s souped-up Nissan GTR feels twice as fast on acceleration. But yeah, it feels that way because of its turbos. The Formula 1s gets an atmospheric engine and acceleration, although great, feels soooo linear that I didn’t get the rush I expected. I did feel the engine was producing 650hp and let me tell you: Don’t even think about flooring the gas pedal… You’ll get wheel spin and get the F**k out of the track in a split second! lol
So when you accelerate in a F1, you have no choice but to be gentle and go by 10% increments. So 10% – 20% – 30% – 40% … up to 100% and then switch gears and start again; 10% – 20% – 30% etc.
In 4th gear (of a total of 6) I went from 80% throttle to 100% because I was… well yes disappointed by its acceleration power. What happened? Guess!
Wheel spin, got the F1 sideways but as soon as I let the gas go, it came back right away. Lesson learned. It won’t give you more than that and you have to treat “her” gently.

Awesome ride, would repeat daily if I could. It’s spectacular as a formula car because its so light and powerful compared to others. But if compared with everything else out there, pure acceleration is not her best side.

Thoughts? Write ’em up below.
See ya!
Andre

It’s winter time in Quebec and my TT will be stored for months. So I’m taking a few weeks to make tweaks and simple repairs in the heat of my garage.

Upgraded audio (double din radio) and cluster repair. I’ll post pics of where I am with this later in this post but I simply wish to let you know how to repair your instrument cluster.

Mine was faulty and replacing the complete instrument cluster ($2,200CAD) was not an option. Instead, I chose to simply replace the cluster for a cost of about $99. 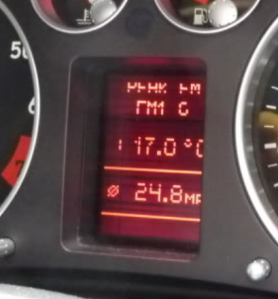 In order to get there and replace my radio for a double din, I took half of the dashboard out! But refer to this video to remove the instrument cluster only.

How to remove the instrument cluster form an Audi TT – Video 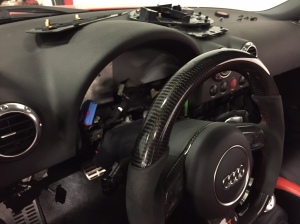 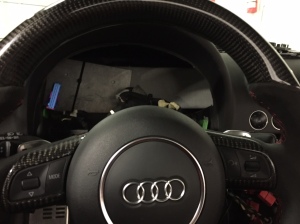 Once removed, you need to open the cluster and desolder it. 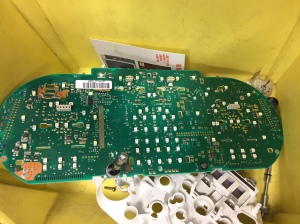 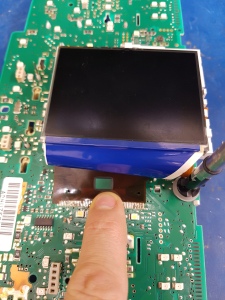 Make sure you order the right cluster! In the picture above, you see the original one (OEM p/n: D1560TOB) and notice how the soldering needs to be done of the left. The first cluster I ordered was the wrong one and was aligned in the center. See below. 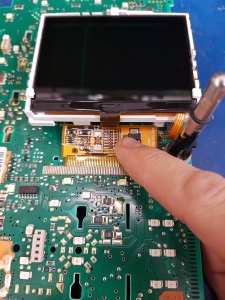 If you wish to see how it’s done, have a look at these two videos:

Now I am doing this at the same time as adding a double din radio which is the topic of another post to come. Here’s where I am. 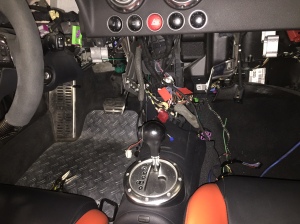 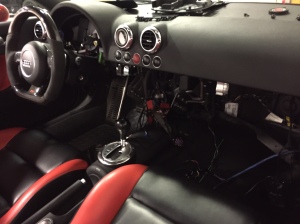 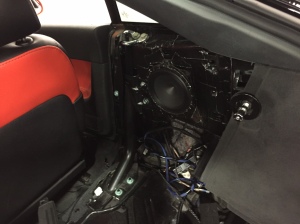 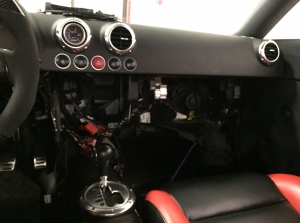 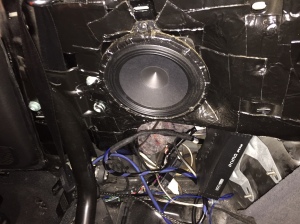 Posted on September 22, 2016 by andre-martin hobbs

After installing a Flat Bottom steering wheel in my Mk1 (and comfort blinkers), my goal was to have the radio controls and Bluetooth phone and handsfree functions working directly from it.

It’s easier said than done, believe me! I searched forums and found a potential source of help… HazzyDayz. Yes them again! After all, they are specialists… So I gave them a buzz and figured out a way for them to help me. Since I’m located in Canada, I had to ship my newly installed steering wheel across the pound oh sorry, pond. J While I’m at it, the journey across the ocean cost me a few squid oh I mean quid. Sorry you had to read that.

So I shipped it to HazzyDayz and they worked on it for quite some time. They then told me they would need my radio to test it on a bench. Thank god for long Canadian winters! I didn’t mind sending it over as the TT was stored for a few months.

So time passed and I finally got them back, plus A LOT of wiring to plug everywhere. I wanted to install it myself but it was a bit over my expertise! Have a look at the pics below… 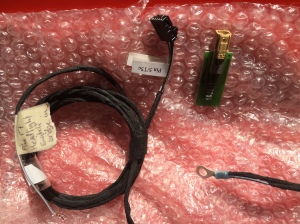 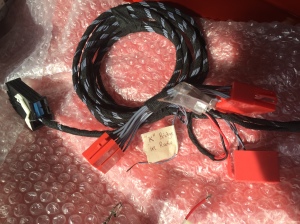 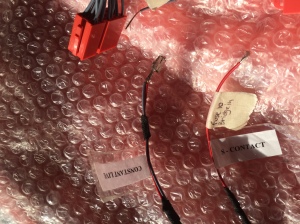 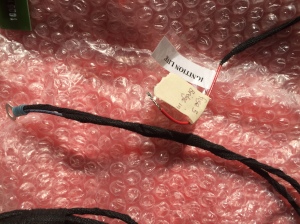 So I went to a local radio shop and they were kind enough to install it. They had to contact HazzyDayz a few times apparently, but got it to work as planned.

So I’m now a proud owner of one of the only few Mk1s with functional steering wheel controls over the OEM radio. 🙂

Speaking of OEM radio, my following post will be on how I changed all speakers & amplifier but kept the original radio in place. (Why you may ask! Simple answer: Because I want to & will pay for it lol)

Is the Audi TT a chick car?

Posted on September 4, 2016 by andre-martin hobbs

We have all heard or read comments from people saying that the TT is a “haidressers” car, much like the Mazda Miata and Volkswagen Beetle.

Now I certainly don’t think so and my opinion on this is that you should drive whatever you like and don’t care about others. But aside from the small & curvy look, what else makes it a “chick car” in people’s mind? I believe even Audi tries to market it to both men and women.

Why? Take a look at the Audi Sport TT Cup drivers. Anything different? No less than four female drivers took part in the event held in Austria. Mikaela Ahlin-Kottulinsky and Gosia Rdest as full season competitors. Rahel Frey and Doreen Seidel as special guest starters.
Doreen Seidel? Yes, she’s no less than the 2008 Playboy Germany playmate of the year! But wait, a playmate racing an Audi TT should appeal to men, no? You bet. But women too as they see a bunch of women that race TTs around the globe. This means that handle well, right? Have a look at their “girl Power” video… 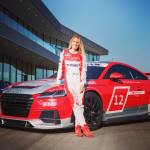 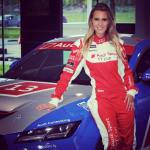 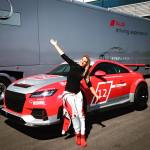 What are your thoughts?

Posted on September 4, 2016 by andre-martin hobbs

This is the third generation of the TT! Let’s see what pictures users around the globe will post online… Keep coming back for updates!

For MK1, MK2 and videos, go to the Audi TT Babes landing page. 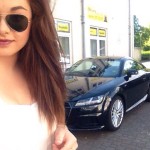