Looking to update your OEM Daytime Running Lights? I know what you’re going through. I was there myself. After looking for several months, I concluded I wanted to keep the original lights to keep the look closer to its original design.

My original idea was to replace the OEM headlights with the Quote: “AUDI TT R8-LED PROJECTOR HEADLIGHTS” available on eBay. I personally liked the LED strip but was not to keen of its look. I was really disappointed after reading forums and articles posted by enthusiasts that installed the R8 LED Headlights; their manufacturing is cheap, they crack easily, humidity gets inside and their look is so-so. Search YouTube, you’ll find a few videos of the lights in action. The only good thing about them is that their price is cheap. But then again, you don’t get much for your money.

So, after going through all this, I decided to search for LED strips that would fit in the blinker portion of the OEM TT Headlight. I also wanted the blinker to switch to amber-orange when flashing. And obviously, all this would have to fit with Audi’s ECU and have the right voltage and electronics. That didn’t go to well… I found a few guys that had tried it, but none had the OEM look, nor the switch for white-to-amber.

I them stumbled on the “POGEA RACING LED DRL TTS” and was so happy! It did everything I wanted. Now priced at 429€ or 589$ US, it’s not a bad choice. Personally, I don’t like the fact that the DRLs stay light at the same time as the turn signals and I find the LEDs too small. IMO, they look like the cheap ones you get an any auto parts store for a few bucks.

Still going on with the idea to keep OEM lights and OEM quality, I found Wak and Was who created their own electronic module and light strips. They only use the best quality materials and they are very similar to the POGEA RACING LED DRLs. So I went for their kit! I added a lot of personal touches to my headlights such as: smoke corners, amber side marker deletion (European headlights do not have the side markers, I prefer that), angel eyes on the high beams and finally, yellow high beams. The result is… incredible. There is no picture or video that can show the magnificent way the headlights look like. 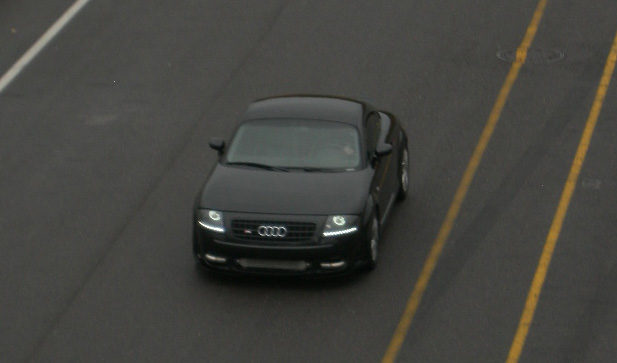 My TT on a race track, daytime. You can see the Angel Eyes and LED strip very clearly!

True story: My TT is a Big Turbo V6 TT and when I come onto traffic on the highway, I come on it fast. Very Fast. So I usually have to use my high beams to “flash” the cars to leave the left lane. Well, one thing I didn’t know these new headlights would do for me is: I do not need to “flash” upcoming traffic anymore! For some reason, my headlights do the trick by themselves. I guess that the LED strip & Angle Eyes combination gets the drivers attention. They leave the left lane without me doing anything! L-O-V-E  I-T.

I made a deal with Was and I am now the official North American supplier for their LED Headlight strips. Note that the N.A. strips are fairly different from the European ones as some differences exist in the way they are used and build. A few weeks of R&D got us through. It’s an easy install and comes with instructions. They are custom made and require about 2 weeks before going to delivery.

The kit includes everything needed for the install. It’s a fun project and assures you to be only one of a kind. 🙂 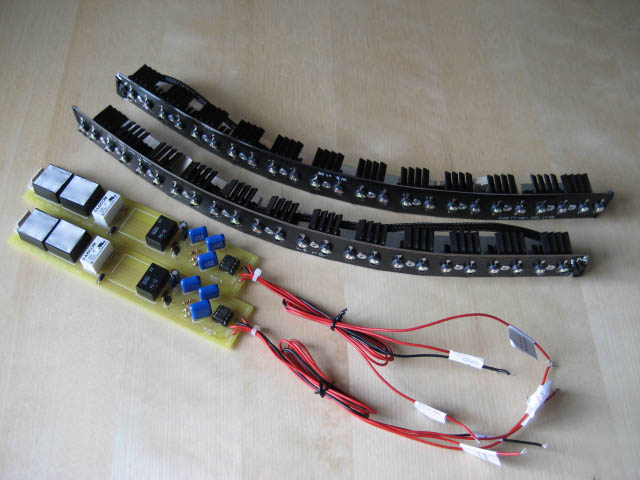 This is the kit with the modules. It’s an easy install.